Wishing On A Safari: Which Destinations Are Pulling On Your “Wild” Strings?

By MichelleL3rd August 2018 No Comments

At Acacia, we’re here to make your safari wishes come true, so over the last week, our marketing team has been trawling through the Acacia Africa website to find out which destinations are pulling on your “wild” strings!

After a rigorous and detailed examination of all website activity over the past three months we’re here to make those safari dreams come true, and on a budget.

Namibia stole fourth place in our January rundown of the “Most Instagrammable Destinations For 2018,” but after totting up the totals, it’s now the most sought-after destination on your safari wishlist.

We can’t fault your decision, as this country has pretty much got it all from adventure capitals to gobsmackingly beautiful landscapes which scream escapism – and just when you think it couldn’t get any better – eight months of spectacular game viewing a year.

Explore this fascinating nation – one of the least densely populated places on the planet – on one of our camping or accommodated overland tours. Climb some of the world highest dunes in Sossusvlei, watch the wildlife by day and by night at Etosha (the national park complete with floodlit waterholes) and sleep out under the stars at Spitzkoppe.
Find out why overland travel in Namibia is the perfect add-on to your solo backpacking trip with digital nomad, Lauren Detweiler. 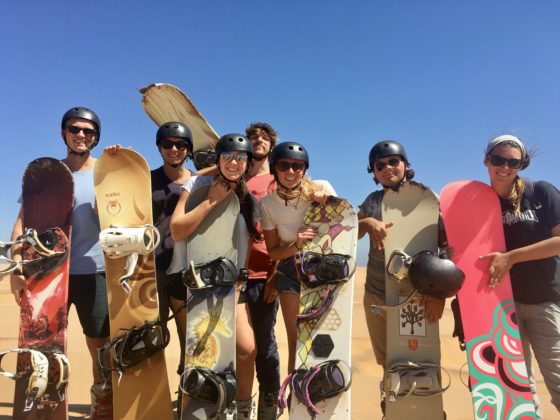 Our expert predictions at the beginning of the year were right on the money, Botswana is one of the most popular safari haunts for 2018. Just to give you an idea of how popular the country is – over two million tourists have visited in the past two years alone.

Most of us have progressed way past the leave only footprints stage of responsible travel and we’re keener on countries which walk the talk.  In Botswana, the idea that being green is a way of life dates all the way back to 2002, when the country’s commitment to the conservation of its natural resources, rich wildlife, and cultural heritage was formalised with the inception of the country’s National Ecotourism Strategy.

While it’s not one of the cheapest places to commune with Africa’s wildlife, overland camping will allow you to see more of the Big Five for your buck, our camping and accommodated overland tours and small group safaris going to all the right places. Book with us and enjoy mokoro safaris in the Okavango Delta, Fish Eagle river cruises on the Chobe River, 4×4 safaris in the Khama Rhino Sanctuary and more…

Our seven-day Okavango Wilderness Trail small group safari received a mention in The Times in the category of “Best Budget Family Safari,” so why not bring the kids on your dream Africa trip as we’ve extended our 10% discount through August! 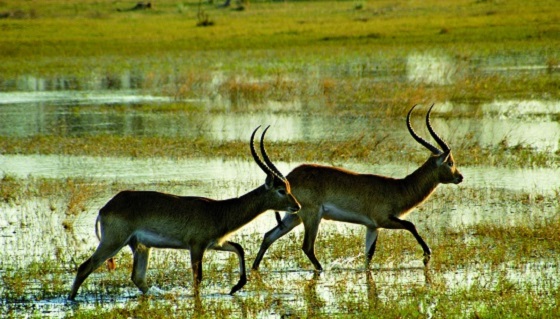 Towards the end of 2017, Tanzania was experiencing a tourism boom, the Serengeti, the country’s oldest and largest national park overwhelmed by visitors – the nearly 400-kilometre road, connecting the famous park with Arusha, dominated by tourist vehicles.  Famous for the annual migration of over 1.5 million wildebeest and 250,000 zebras, in terms of popularity, the 14,763 square kilometre Serengeti NP is closely followed by the Ngorongoro Conservation Area (NCA) and Mt Kilimanjaro – January to March and June to October two of the best times to summit the Uhuru Peak, Africa’s highest point and the highest summit on Kibo’s crater rim.

In terms of attracting tourists the 14,763 square kilometre park is closely followed by the Ngorongoro Conservation Area (NCA) and Mt Kilimanjaro – January to March and June to October two of the best times to summit the dormant volcano. Only a click away, search our entire website for tours visiting Tanzania and make that coffee break count. 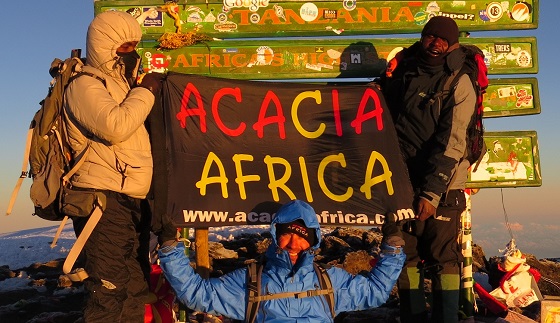 South Africa stole the show at the July Mandela celebrations and it’s also a showstopper on the safari circuit – the country one of the best places for Big Five wildlife viewing.  The Kruger is the piece de resistance and the country’s premier game reserve, and luckily for you, we do game drives in the park on a next to nothing budget, our four day Kruger Safari overland tour saving you even more (10%) if you book at least six months in advance.  Visit our camping and accommodated overland pages for more info. 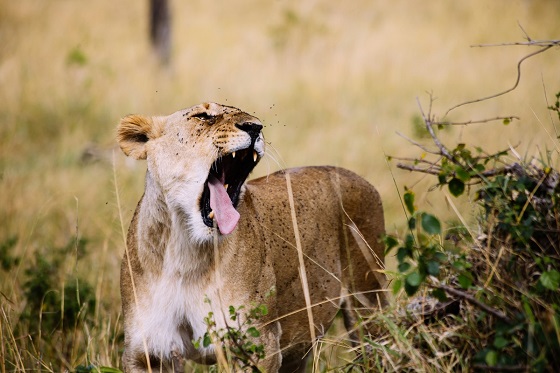 Kenya, never fails to appear on safari wishlists, and the migration, one of the world’s greatest natural spectacles, is now in full swing – the wildebeest crossing the Sand River Gate point only last week.  With most hotels in the world famous Masai Mara reserve already fully booked for the next two months, our camping and accommodated overland tours and small group safaris could still get you to the main event, and with cash to spare. 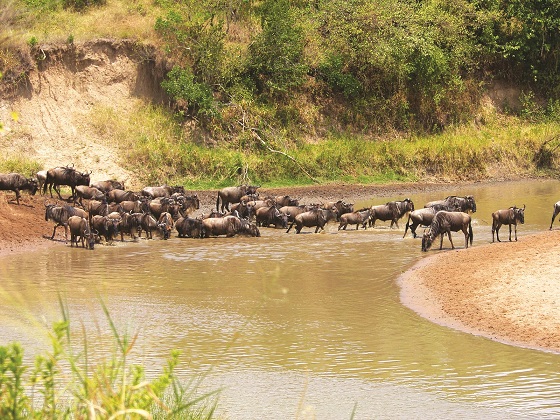 Zambia isn’t usually the first choice for safari goers but it’s growing in popularity and since the country has some of the most spectacular game viewings (see the latest post from @thecuckooproject  in Africa and hands down the best guides, it definitely has a place on any safari wishlist.

If you stopped by Destinations: The Holiday & Travel Show earlier in the year you might well have spotted the gigantic 3-D version of The Smoke That Thunders, but this number one selfie backdrop is even more magical when you see it for real!  Search for all our tours visiting Livingstone from our website homepage. 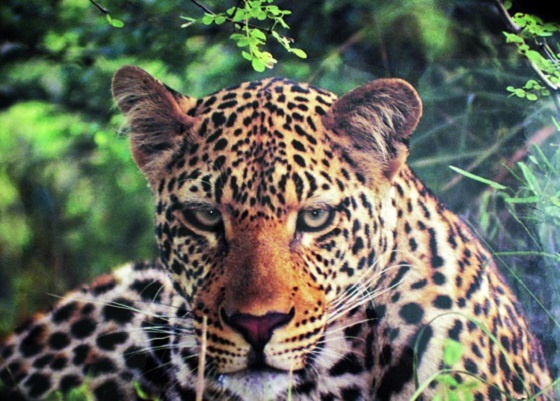 With record bookings recorded at the Victoria Falls earlier this year, Zimbabwe’s popularity is certainly on the rise. For now at least, you’ll be enjoying game drives without the same crowds you might encounter in Southern Africa’s more well-known safari parks, and for a smaller price tag. Go there on our camping and accommodated overland tours or book a seat on one of our small group safaris. 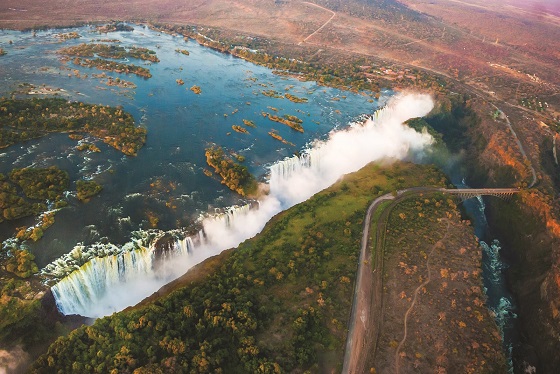 Uganda is home to over half the population of the world’s last remaining Mountain Gorillas and the one hour meet and greet with Bwindi National Park’s habituated groups will always be on the wishlist.  But don’t take our word for it – read Callum’s review:

“My 26-day Ocean to Gorillas Accommodated Overland Tour was spectacular and I’m so glad I did it. I was lucky enough to see some incredible sights that I’d dreamt of seeing my entire life. My highlight was definitely seeing the mountain gorillas in Uganda; we were lucky enough to get right up close and had a young male touch us and grab our hands and feet.”

“Acacia Africa and its tour leaders and drivers were a bunch of legends and the whole month went very smoothly. I’ll definitely be going back to the amazing continent.” 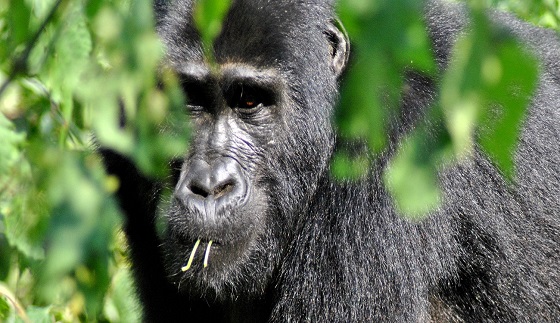 Zanzibar deserves its own place on this list as it’s not just about sun, sea and sand – this is the location for some of the best diving in the world.  From exploring eerie ancient wrecks and braving night dives, to swimming with manatees and making friends with bottlenose dolphins, diving in Zanzibar is wonderfully diverse and utterly unforgettable.  Add a beach break to your tour or visit the Spice Island on one of our camping or accommodated overland tours. 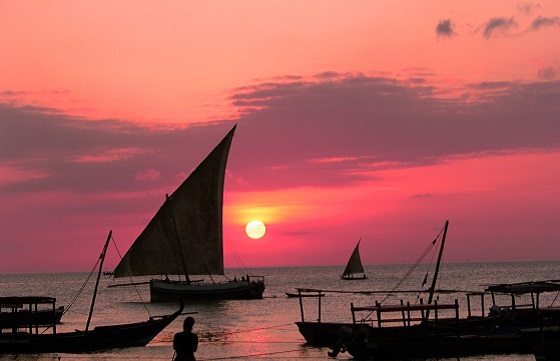 Another go-to destination for those who love to flipper up, Malawi came in at 10 on our safari wishlist. The ninth largest lake in the world, Lake Malawi is a diver’s paradise, and its crowd-free beaches and golden sands are ideal for fans of a more unspoilt Africa.

Rachel of The Taylor Made Travels, says “It might not boast any bucket list-worthy attractions, but that doesn’t mean Malawi isn’t magical.”

Up for a challenge on terra-firma? Try the 16-kilometre hike to Livingstonia. While the trek isn’t for the faint-hearted, there’s a refreshing stop at Manchewe Falls en route – Malawi’s tallest waterfall. A grassroots activity, every traveller who makes the journey will be contributing directly to the welfare of local families.

Is Malawi on your safari wishlist? Start your tour search now, as our camping and accommodated overland tours will get you there! 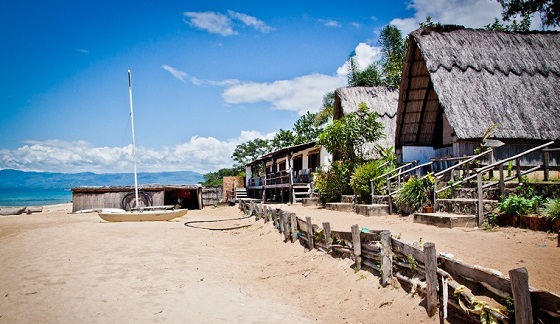