By MichelleL13th December 2018 No Comments
“Ho, ho, ho,” as Santa’s sleigh draws ever closer we thought we’d beat him to it with our 12 Epic Safaris For 2019 list. If you’re considering bringing your travel buddy along for the ride, there’s an added bonus at this wonderful time of year, our December discounts (book before 31 December) saving you more on your 2019 safari. 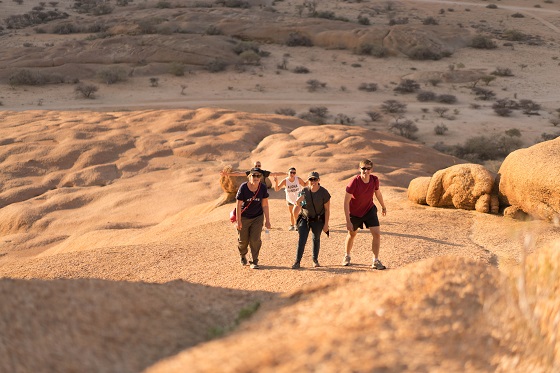 Matobo National Park, Zimbabwe
Both Lonely Planet and National Geographic (it’s “Cool List” 2019 released in December)  expect Zimbabwe to be big a big hitter on the 2019 safari circuit, and with good reason, it’s jam-packed with wildlife. While the Victoria Falls is the country’s most popular destination, Zimbabwe’s parks see less of the crowds, which means the game viewing is gold. Matobo packs some real punch for nature fans. If you’re lucky you’ll be walking with rhino, and you can top up your #instagood credit rating in the same national park, ancient bushman paintings etched into some of the rocks and spectacular vistas spied from the top of the world!
Serengeti National Park, Tanzania
What do the Serengeti and Beyonce have in common? No, it’s not a trick question, as in 2019 a new and updated version of “The Lion King” is set to hit the big screen, with Beyonce lending her voice to Nala. Tanzania can probably expect much the same if not a greater stampede of wildlife fans, the remake a live-action version. It’s easy to recognise the Serengeti’s endless plains in the original animated movie, and the nearby Olduvai Gorge, where Mufasa was sadly trampled by wildebeest, is also worth a visit – Mary Leakey discovered a 1.8 million-year-old hominid skull at this significant archaeological site.  The Lion King is scheduled to be released on July 19, 2019, which will mark the 25th anniversary of the release of the original film.  Don’t have kids yet, don’t worry, this will be like Harry Potter for Africa fans.
Mlilwane Wildlife Sanctuary, Eswatini (formerly Swaziland)
As the world becomes more and more accessible, it’s getting harder to find those out of the way places where few Instagrammers have yet to insta. So, isn’t it good to know that Africa still has a few golden nuggets in store and a list of hard to pronounce places which might just pass the genuine off the beaten track test. Considering it’s right on their doorstep, even South African’s are rare visitors in Eswatini, making Mlilwane Wildlife Sanctuary and its 4,560 hectares of pure unspoilt wilderness, even more, worthy of a visit. Sure, there are no big cats here, but nothing beats the thrill of riding a horse through the bush.  Alternatively, soak up Eswatini on one of the many lovely hiking trails, the pathways taking you through grasslands, eucalyptus forests, and some of the highest points in the kingdom. 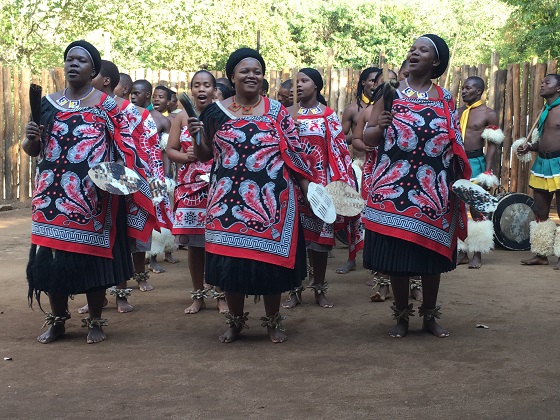 St Lucia, South Africa
KwaZulu-Natal province in South Africa was another hotspot on National Geographic’s 2019 “Cool List,” – St. Lucia receiving an honorary mention for “its nature cruises, and as the coastal town where wild hippos roam the streets.” Set amongst wild beaches and a tropical estuary, it’s the perfect place for a river cruise, the St. Lucia Lagoon home to hippo pods, lazy crocodiles, and numerous bird species.
Go there on our NEW 13-day Kruger, Swazi & Drakensberg overland tour – the itinerary scheduled to go live on our website on 02 January 2019…
Masai Mara Game Reserve, Kenya
Kenya’s Maasai Mara National Reserve was the 2018 winner of Africa’s Leading National Park award for the sixth time in a row at the 25th World Travel Awards (WTA).  While this will ultimately boost the reserve’s global image as a top tourist destination, the Mara is always going to have bucket list allure, after all, what wildlife encounter can top the annual migration and watching massive herds of wildebeest and zebra stampede across the plains.
Bwindi Impenetrable National Park, Uganda
It’s the prime time to visit Uganda’s Bwindi Impenetrable National Park, Uganda Tourism announcing the successful habituation of three new mountain gorilla families in Bwindi Impenetrable National Park (a UNESCO World Heritage Site), in late October. This brings the total number of families available for trekking to 19 and the total number of trekking permits up to 152 per day. These loveable primates have also recently come off the ICUN’s critically endangered list due to successful conservation initiatives, yet another reason to celebrate with a gorilla trekking holiday.
South Luangwa National Park, Zambia
Don’t just take our word for it, Zambia’s South Luangwa National Park is pretty spectacular according to @thecuckooproject, Danny and Hailey Kukulka experiencing the delights of this rarely visited wildlife treasure on our 36-day River, Lakes & Mountains camping overland tour earlier this year.  Game viewers almost always feel like they’ve hit the jackpot after their safari, the park home to Zambia’s largest populations of lions and leopards, and its second largest population of African wild dogs. 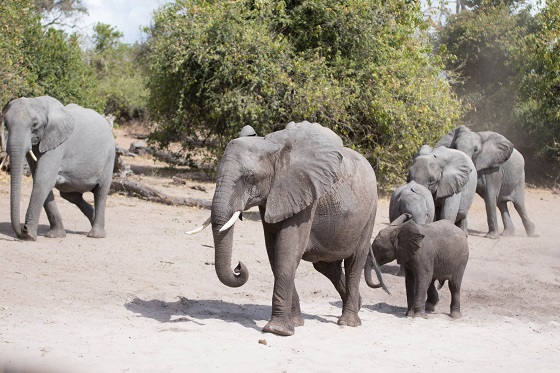 Kruger National Park, South Africa
Proof the Kruger is still one of the world’s premier wildlife destinations, the South African national park landed fifth place on the US News & World Report’s list of the “12 best places to visit in Africa and the Middle East” for 2018-2019. Even more of an accolade, the Kruger beat Kenya’s Maasai Mara National Reserve (in at number 09). The Kruger National Park was also ranked number nine in the US News & World Report’s list of the best national parks in the world, and 16th in their best summer vacations category.
Queen Elizabeth National Park, Uganda
Wanderlust, one of the UK’s leading travel magazines, published a list of the top seven best places in the world to see chimpanzees in the wild, and all of these lust after safari locations happen to be in Uganda. While they often take second place to the gorillas, chimp trekking is still a pretty adventurous, bucket list wildlife viewing activity, and our permits allow you to see both species of wildlife. Part of Queen Elizabeth National park, the Kyambura Gorge (known as the ‘valley of apes’), is where it’s all at. Before you get into the thick of it, you’ll need to chart your way across some challenging terrain, descending into the steep gorge and crossing log bridges over the river below, all while keeping an eye out for chimpanzees in the canopy above.
The Bazaruto Archipelago,” Mozambique
Featured on our 2018 list of “the most instagrammable locations for 2018,” Mozambique’s Bazaruto archipelago is the place to dive in if you want to experience one of Africa’s ultimate underwater safaris. The six islands contained in the archipelago are said to be among the most beautiful on earth, this perfectly preserved paradise known for its white sand beaches – its reefs teeming with clown and butterfly fish, giant turtles, whale sharks and devil rays. 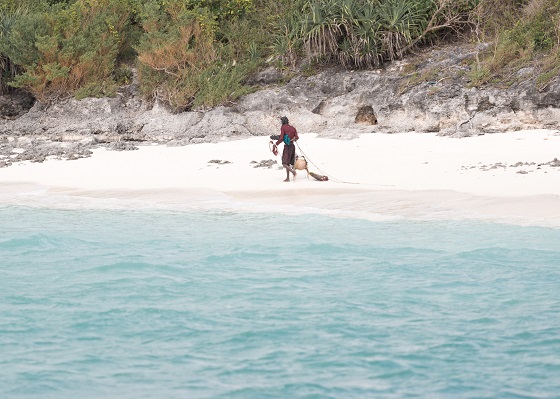 Etosha National Park, Namibia
Namibia lucked out in our 2018 safari wish list as the country most of us were game to visit. Thoughts of escaping to the Fish River Canyon (the second largest canyon in the world) will no doubt be incredibly tempting especially for those of us who want a more chilled New Year, and the good news is, there are still a few seats available on our 19-day Desert Tracker camping tour departing on 29 December.
Okavango Delta, Botswana

According to sources, Prince Harry and Meghan’s love blossomed under a baobab tree in Botswana, so even if it’s not at the top of our list it’s certainly the place to be this coming Valentines. Of course, if you’re flying solo we can promise you’ll still fall in love with mokoro safaris, sunsets and of course the fabulous wildlife – a walking safari in the Okavango Delta getting you up close and personal with the bush.