0
was successfully added to your cart.
Press enter to begin your search
About Acacia AfricaAcaciaKenyaOverlandTanzaniaZanzibar

Leopard photocall in the Mara!

By MichelleL24th October 2013 No Comments

Johnny Africa, is one of the latest bloggers to capture Africa on camera – his recent jaunt on our 13-day Kenya & Tanzania Adventure  overland expedition taking him to the Mara and more. We’re starting the online game drive with some highlights of Johnny’s wildlife viewing in Kenya’s best loved game reserve.

“Fixing my new 55-210mm camera lens, I looked the part of a photographer and was ready to go…Not more than a few minutes driving on the park’s dirt roads, we saw a huge male cape buffalo chilling by itself. This thing was massive and even the driver said that this one was one of the largest he’s seen. Another minute or two of driving, we saw a group of giraffes grazing, some zebras, antelopes, and then a big group of elephants with their babies…Within the span of 15 minutes, we had already seen two of the Big Five and a lot of them too.” 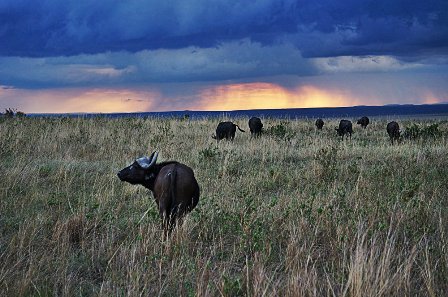 The constant radio communication between the guides produced a win-win situation for Johnny and his fellow safari goers and who wouldn’t want to spy a leopard on their first trip into the wilderness!

“We pulled up next to a thick bushed acacia tree with probably a hundred people staring and that means one thing, Leopard! What a great start to our trip to spot a leopard the first day, the hardest of the Big Five to see as they rarely stray away from the trees. The Canadian girl on our trip that had already been to three other parks had not even seen a leopard until now. We stayed here for almost an hour, driving around the tree to get the best views. It was incredibly hard to spot this thing as the sun was setting and the leopard blended so well with the dense bushes of the tree.” 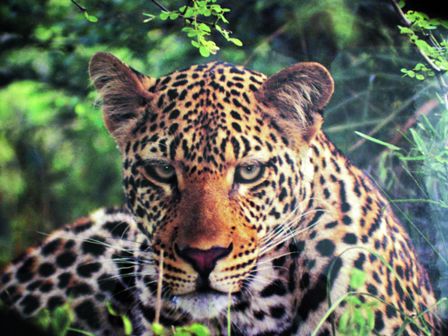 Fancy stalking rhinos, hanging out with lions and lunching with hippos check out more of the Mara on Johnny Africa’s second game drive, and head on down to his blog . Currently enjoying a career move from the US to sunny South Africa Johnny also has heaps more information to share on travel and living the ex-pat life in the Rainbow Nation