0
was successfully added to your cart.
Press enter to begin your search
About Acacia AfricaAcaciaNamibiaOverland

The Himba tribe… some interesting facts!

By MichelleL18th November 2014 No Comments

This magnificent tribe inhabit the Kaokoland area of Namibia and are descendants of a group of Herero herders who fled into the remote north-west of Namibia after been displaced by the Nama. They still clutch their traditional beliefs today by breeding and herding their cattle and goats and living a semi nomadic lifestyle 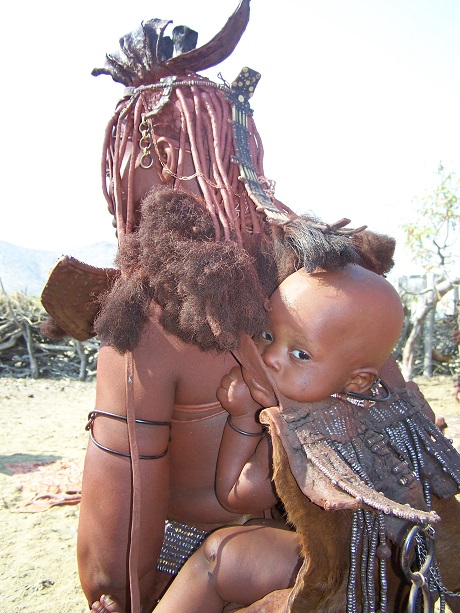 Both woman and men are accustomed to wearing their traditional dress.  Males wear loin cloths and   sandals for footwear, with foot soles often found made from old car tires, as the men and boys tend to the cattle and herd their goats all day. The woman on the other hand tends to the village wearing goat skinned skirts. Himba women especially, as well as Himba men rub their bodies with red ochre and fat (Otjize) to protect themselves from the scorching sun and arid climate of the Kaokoland. This also wards off mosquitos as individual woman mix the Otjize with local plants and shrubs making a perfume of their own scents. This is a beauty regime. 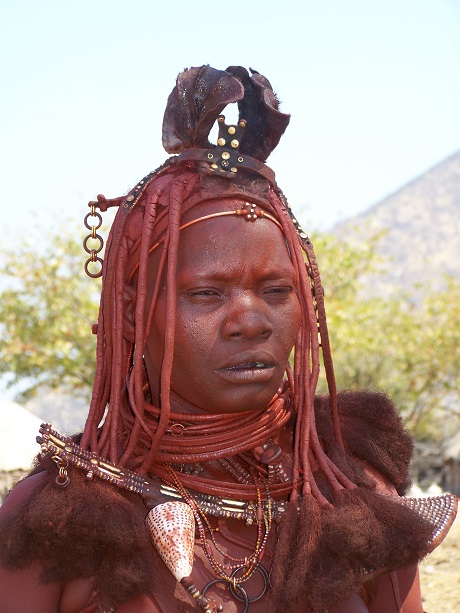 The different neck pieces and hair styles determines the importance and status of the individual person (man, woman or child). My favorite is the jewelry of married woman. The main necklace has a shell or cone shell, which symbolizes marriage and is strung with iron and ostrich egg beads. Their ankles, the most private part of a woman’s body is covered with iron bracelets. On their head they wear an ornate headpiece called the Erembe, which resembles cattle horns. Their wrists are banded with coils of iron and plastic etched bands. Their hair is braided with mixture of animal hair, cow dung and Otjize. It take up to 12 hours to do their hair! 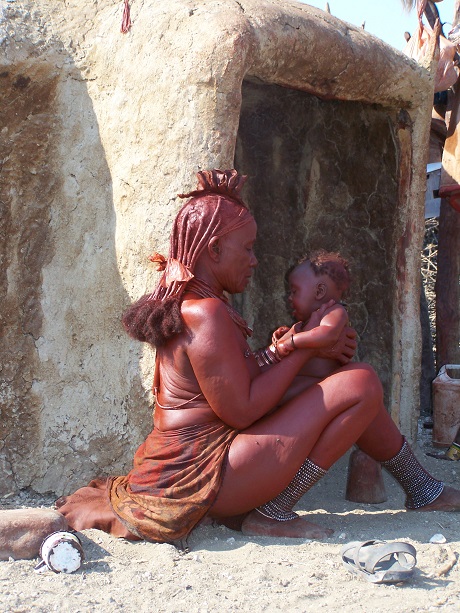 The Himba live in homesteads of cone shaped structures made from mud, mopane trees and cattle dung with a central kraal and a sacred line leading from the chief’s hut to the main kraal gate. In the centre of this is the “okuruwo,” or holy fire. Kept continuously alight, the holy fire represents the ancestors of the villagers, who acts as intermediaries to the Himba’s god, Mukuru. This is where all male circumcision and teeth are removed before puberty to get them ready for marriage.  The Himba are polygamous with the average Himba man being husband to more than 1 wife at a time. The more cattle the man has, the more wives he can have. Throughout the course of a year being semi Nomadic the family will move from one homestead to another in search of grazing for the animals. 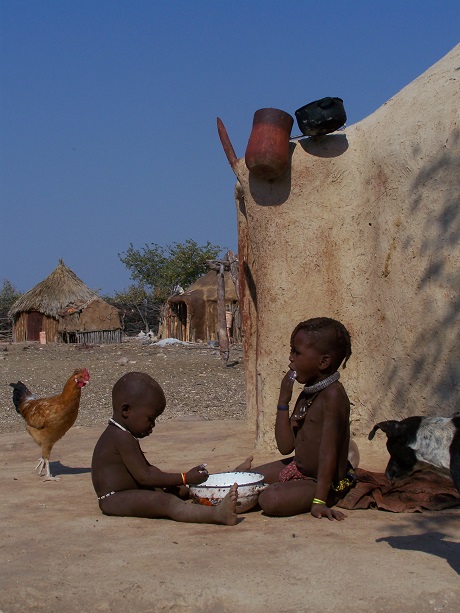