0
was successfully added to your cart.
Press enter to begin your search
AcaciaKenyaMalawiSouth AfricaTanzaniaUgandaUncategorizedZambia

By Sophia Vos7th April 2015 No Comments 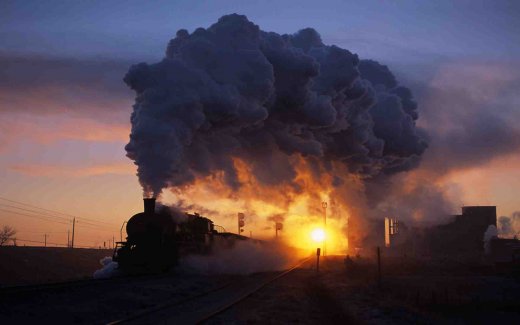 The sound of steel wheels on steel tracks & the rhythmic chugging of an engine at work has been the soundtrack of adventure for many a traveller, the world steadily rushing past their window. For centuries, train travel has taken people home, brought them to far away family or whisked them off to faraway lands in search of riches or adventure – more often than not, both.

Train travel made the mass transport of goods viable over vast lands & thereby opened up many dark corners of the world for exploration & frequently, exploitation. Africa is no different, with the first tracks laid in Egypt in the early 1850’s. Although often described as disjointed, railway lines are scattered throughout most of Africa & almost all of South & Eastern Africa. Below are some of the unique Africa rail adventures to consider before or after your Acacia tour. 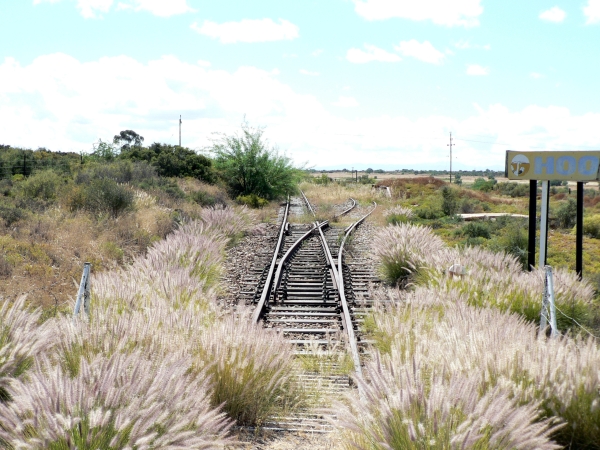 As the name conveys, this is not for the faint-hearted. Construction on this infamous & historic line started in 1896 in the Indian Ocean beach city of Mombasa, Kenya & was completed in 1901 having reached the eastern shores of Lake Victoria in Uganda. Not without drama of epic proportions though – Hollywood-level drama that has spawned a few feature length films. But man eating lions, hostile local communities, termites, malaria, jungle sores, pneumonia & floods could not stop this logistical achievement from coming to life. Since then it has played a vital role for both countries, playing a huge part in suppressing slavery in the area & promoting trade not only between  these countries but also to the port in Mombasa for export.

After some renovation & work on the line, this steel artery has come back to life. Travel is rough & ready but well work the experience. Boarding in Mombasa you will be sharing the platform with people from all walks of life. Husbands, fathers & sons, travelling back inland to share their earnings from the port town with their families & villages, traders looking to sell their wares, students, the elderly & the occasional chicken. Once on board, the quarters are cramped and cluttered but once you settle in & the train gets going, things start looking up. Interesting conversations, the sound of singing ringing through the carriages & of course, the traders at every station passing fruits, breads & treats of all varieties through the windows at a frenetic speed to customers inside, will leave galvanize the name, Lunatic Express, into your memories forever. 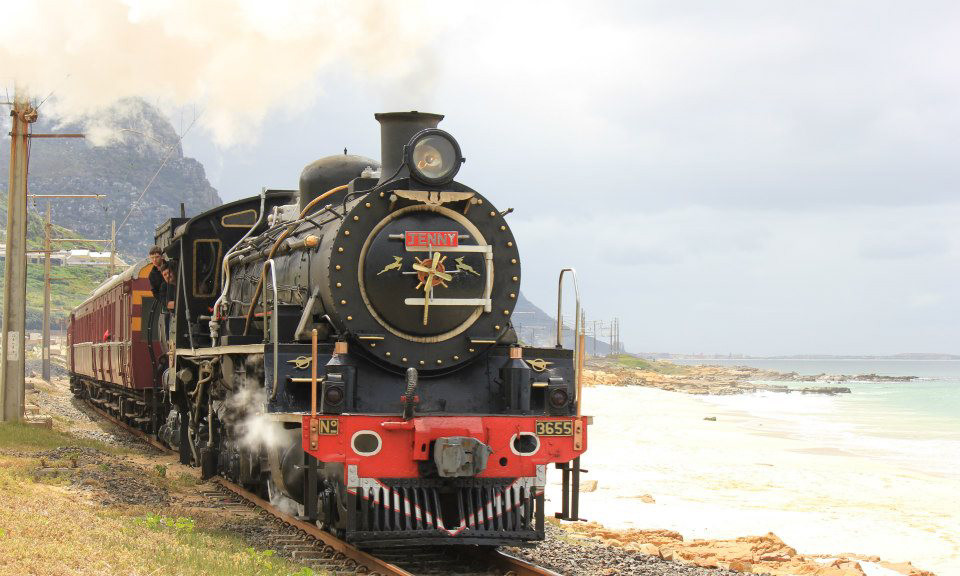 ‘’ All aboard’’ The conductor’s call floats down the platform, starkly punctuated by the sharp whistle of the steam trumpet. The excitement is palpable as the collection of train enthusiasts, families, pensioners, couples & knowledgeable tourists eagerly board the vintage 1920’s coaches. At the head of the five passenger & one dining carriage is the real star of the day though – Jenny, the lovely 1950’s Class 24 steam locomotive.
Once or twice a month, Jenny dutifully whisks her guests off on a day outing to Simon’s town & back. Everything about this day is designed to be enchanting, your trusty steed, the route you travel as well as your destination, making this the perfect way to spend a lazy Saturday.

The Victorian style passenger coaches still baring the original South African railway windows will give you a glimpse into an age where steam trains like these were at the cutting edge of the industrial revolution. The dining carriage does not have any electricity so if you are like me & need some caffeine to start your day, make sure you get a cup or two in before you board, or bring your own thermos. The carriage does have a cash bar & will serve cold snacks though, so make sure you do pay it a visit.
Outside the windows, as you chug towards Simon’s Town, the spectacular Atlantic coast line slowly glides by. The colourful St James bath houses make for wonderful photos, whether it is sunny or grey.

Don’t put the camera away though, the rough & rocky Kalk Bay coastline is next. Keep your eyes peeled for the local surfers braving the cold (& often shark inhabited) water & waive to the towns people as you pass through Fish Hoek & Glencairn before pulling into the station at Simon’s Town. You will have just over 2 hours to explore this sea side village with is coffee shops, restaurants, navy museum and of course… the world famous Boulder’s beach with its inhabitant colony of protected African Penguins. It’s well worth getting back to the station a little early though to get those picture perfect snaps of Jenny before you head back to Cape Town. The friendly conductors are always happy & eager to share her history & show her off in all her copper gauged, polished metallic glory. 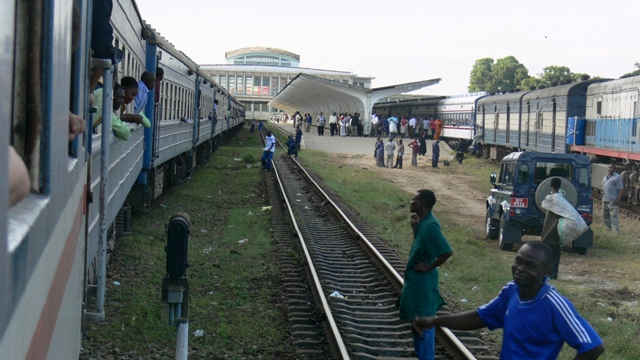 Linking Kapiri Mposhi in Zambia to Mbeya and Dar es Salaam in Tanzania, this 2 night journey traverses a spectacular & often difficult to cross portion of South Eastern Africa. Built in 1976, the TAZARA rail has been a vital link between Zambia & Tanzania for almost 40 decades for both passengers & goods.

Watch the scenery fly by from your sleeper compertment or from the restaurant car, which offers a good selection of local cuisine. Tickets are booked only by phone or at the station and not online, with a certain number of tickets reserved for foreigners. Children under 7 travel free, under 15 pay half fare. The sleepers are single sex, so men and women will be in separate compartments unless you book the complete compartment.

Air conditioning comes by way of open windows allowing the cool breezes to flow through as you buy fresh produces; banana’s, mangos, fish, avocados and cashew nuts from locals as the train clickity clacks from station to station. This train journey is a great adventure affording intrepid travellers spectacular views of the Tanzania Highlands with a mix of local flair. A real African experience.

The Shosholoza Meyl is a comfortable, brightly coloured and budget long-distance passenger train which links major cities including Johannesburg to Cape Town, Durban, East London & Port Elizabeth. The Cape Town to Johannesburg train passes the same stunning South African scenery as the Blue Train, but without the extortionate expenses. The Shosholoza Meyl has two distinct classes:  Tourist class has sleeping cars with 2 & 4-berth compartments with a communal hot shower at the ends of each side of the carriage and a restaurant car serving full meals, snacks, beer and a tasty selection of South African wines, and Economy class with sitter class seats and a dining car.

The overnight journey from Cape Town to Johannesburg will take you through the Boland, into & back out of the vast, sparse & breath-taking Karoo, into the farming heartland of South Africa – the Freestate – and by morning, into the vast metropolis of Johannesburg, the city of Gold. Equally, the journey to Durban will showcase the lush tropical & mountainous east coast of South Africa as you speed towards the Indian Ocean. A great alternative to flying and you get to see the countryside as it slips past you.