0
was successfully added to your cart.
Press enter to begin your search
About Acacia AfricaAcaciaKenyaOverlandSmall Group Safaris

By MichelleL15th December 2015 No Comments

Kenya has made it back into our must visit list for 2016, governments across the globe easing restrictions on travel to the country.

All the more reason to go, on 18 December 2015, the timeless “Out Of Africa” movie will commemorate its 30th anniversary. Countless generations have been captivated by the seven time Academy Award winner, and we’re sure renewed interest in the film will draw people back to Kenya and the Masai Mara.
It’s clearly time to go, so book a seat on our 13 day Kenya & Tanzania Adventure.

In what could be another win win for Kenya, Angelina Jolie is working on a big screen biopic of conservationist and palaeoanthropologist Richard Leakey. “We will make the film and it will be made in Kenya – for sure,” Leakey commented.

The script by Oscar winning screen writer, Eric Roth, is described as a ‘sweeping epic,’ and tells the story of ‘African-born Leakey, a fossil hunter who helped to find the bones of early man, but later turned his attention to combating elephant and rhino poaching. 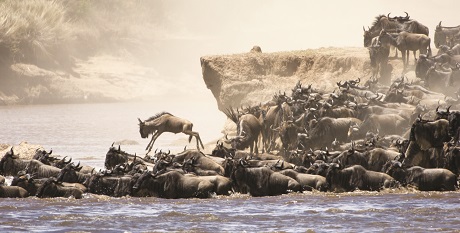