0
was successfully added to your cart.
Press enter to begin your search
About Acacia AfricaAcaciaBotswanaKenyaMalawiMozambiqueNamibiaOverlandSmall Group SafarisSouth AfricaTanzaniaUgandaVoluntoursZambiaZanzibarZimbabwe

By MichelleL13th March 2014 No Comments

World Wildlife Day  was proclaimed by the United Nations General Assembly on the 20th December 2013; the very first of what will now be an annual event celebrated just last week on the 3rd of March. This follows hot on the heels of February’s London conference on the illegal wildlife trade, the talks attended by Prince Charles and The Duke of Cambridge, Prince William.

With wildlife top of the agenda we’ve put together a list of locations where you can get closer to Africa’s animal kingdom – many of the projects and parks we visit on our overland expeditions, small group safaris  and voluntours making a real difference both on the conservation and community front. 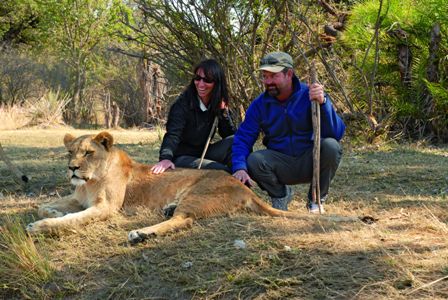 Written by Acacia Sales and Marketing