By MichelleL6th July 2018 No Comments

Many of our camping and accommodated overland tours and small group safaris start or end in the cities of Johannesburg and Cape Town, both metropolises home to notable Mandela landmarks. All the more reason to add on an urban adventure, why not extend your trip and book a city stay with us? 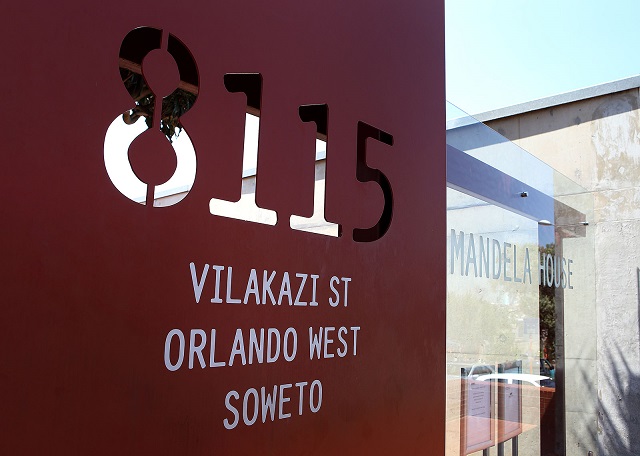 1. The 21 July Secret Sunrise event – Dance For Madiba- is a must for Mandela fans BLOG LINK. Watching the sun come up in Cape Town is always good food for the soul, but celebrating the legendary Tata Madiba at the Secret Sunrise gig will add something extra special to the moment, the former president, who was revered around the world, teaching us the importance of connecting to a purpose much bigger than ourselves.

2. One of the twin cooling towers at the decommissioned Orlando Power Station in Soweto, boasts South Africa’s largest mural, prominently featuring Nelson Mandela. Adrenaline lovers take note: this is also the site of the world’s first bungee jump between two cooling towers, as well as other thrilling adventure sports such as abseiling and SCAD (suspended catch air device) falling.

3. Learn about Nelson Mandela’s incarceration on Robben Island, where Mandela spent 18 of his 27 years in prison. Now a World Heritage site and museum, the prison is a poignant reminder of the price South Africa paid for freedom. Trips to Robben Island begin at Cape Town’s V&A Waterfront where ferries transfer you to the former prison.

4. On 11 February 1990, only hours after his release from prison, Nelson Mandela made his first public speech from the balcony of the Cape Town City Hall. Built in 1905, the large Edwardian building is located on the Grand Parade. Powerful stuff, stand in the very same spot, close your eyes and imagine how that moment must have felt.

5. Visit the Apartheid Museum, which lies south of the city of Johannesburg, and you’ll be able to get a sense of the harsh realities that shaped the man. There are plenty of interactive exhibits and you’ll be treated to an emotional and insightful tour of Mandela’s life.

6. Mandela House in Soweto was the legendary leader’s humble home from 1946 until he was forced underground in 1961. Offering rich insight into his early life, the house was converted into a museum and preserved as it would have been when Mandela lived there. Located in Vilakazi Street, now a popular tourist destination, it is still the only street in the world that has been the home of two Nobel Peace Prize winners. 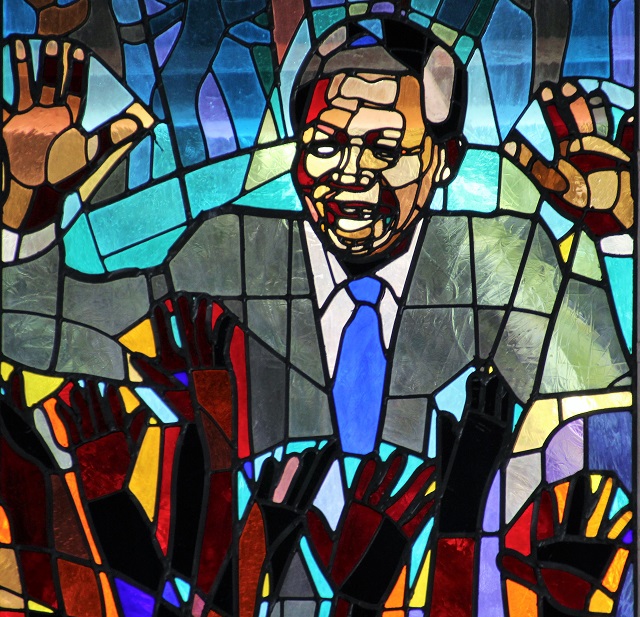 7. You’ll find Chancellor House, which was once the premises of Mandela and Tambo Attorneys in the 1950s, in Johannesburg’s inner city. While it’s not open to the public, the windows display historical information and opposite you’ll see the statue of Madiba as a boxer – one of his favourite pastimes in his younger years.

8. Nelson Mandela Bridge is located in Johannesburg’s central business district. Built-in 2003 and named after Mandela as a tribute to his efforts in the bridging of racial divides, this is an excellent place to stop and contemplate his legacy, while enjoying spectacular views of the city.

10. Nelson Mandela is also depicted in a stained glass window at the Regina Mundi church in Soweto, Johannesburg. The window is part of a wide expanse of imagery depicting the history of apartheid in South Africa. Mandela is shown at the triumphal moment he was released from prison in 1990, welcomed by friends, family and supporters.