Officially the Kingdom of Swaziland (Umbuso weSwatini), and sometimes called 'Ngwane' or 'Swatini', is a landlocked country in South Africa, bordered to the north, south and west by South Africa, and to the east by Mozambique. The nation, as well as its people, are named after the 19th century king Mswati II. Things to do in Swaziland are: Hiking, Millwane Wildlife sanctuary, Candle factory and game drives 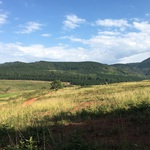